Just for Businesses and Commercial Corporations

Your corporate message is important; it brings into focus your company goals and promotes achievement. Set the mood of your next corporate convention or event by hiring Ruby’s Own Music & Entertainment in New York, NY to provide reception and convention entertainment. We incorporate a special mix of musical talent, youth, and elegance, which blends into a special ambiance that your guests will surely appreciate. 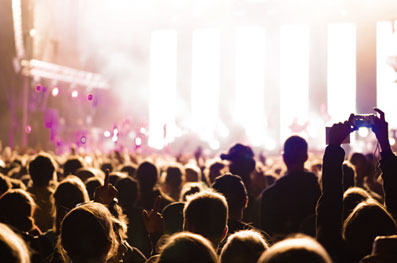 Cisco, our band leader and Master of Ceremonies, has over 20 years’ experience in the professional entertainment arena. While traveling and performing at sales conventions in Hawaii, Cancun in Mexico, San Diego, and Walt Disney World in Florida, not to mention numerous local companies within the Tristate of the New York, New Jersey, and Philadelphia areas, he honed his musical skills and widened his musical repertoire. Cisco has also performed for numerous weddings and events for coaches and athletes alike, such as the New York Giants and the New York Jets football teams.

Cisco Has Performed for Dynamic Companies

As Our Band Leader, Cisco Brings

Motivate your top sales people with an evening of music and celebration. Ruby’s Own Music & Entertainment provides great live music to accompany your business objectives. Call our staff today and allow us to help drive your point home at your next business convention.

Come Clubbing with Ruby’s Own